Bitcoin price is showing recovering signs above $32,000 against the US Dollar. BTC is facing an uphill task at $34,000 and it is likely to continue lower towards $30,000.

This past week, bitcoin price saw a sharp decline below the $35,000 and $34,000 support levels against the US Dollar. The BTC/USD pair even tumbled below the $30,000 support and settled well below the 100 simple moving average (4-hours).

There was also a test of the 50% Fib retracement level of the downward move from the $37,847 swing high to $28,867 low. There is also a short-term contracting triangle forming with resistance near $33,000 on the 4-hours chart of the BTC/USD pair. 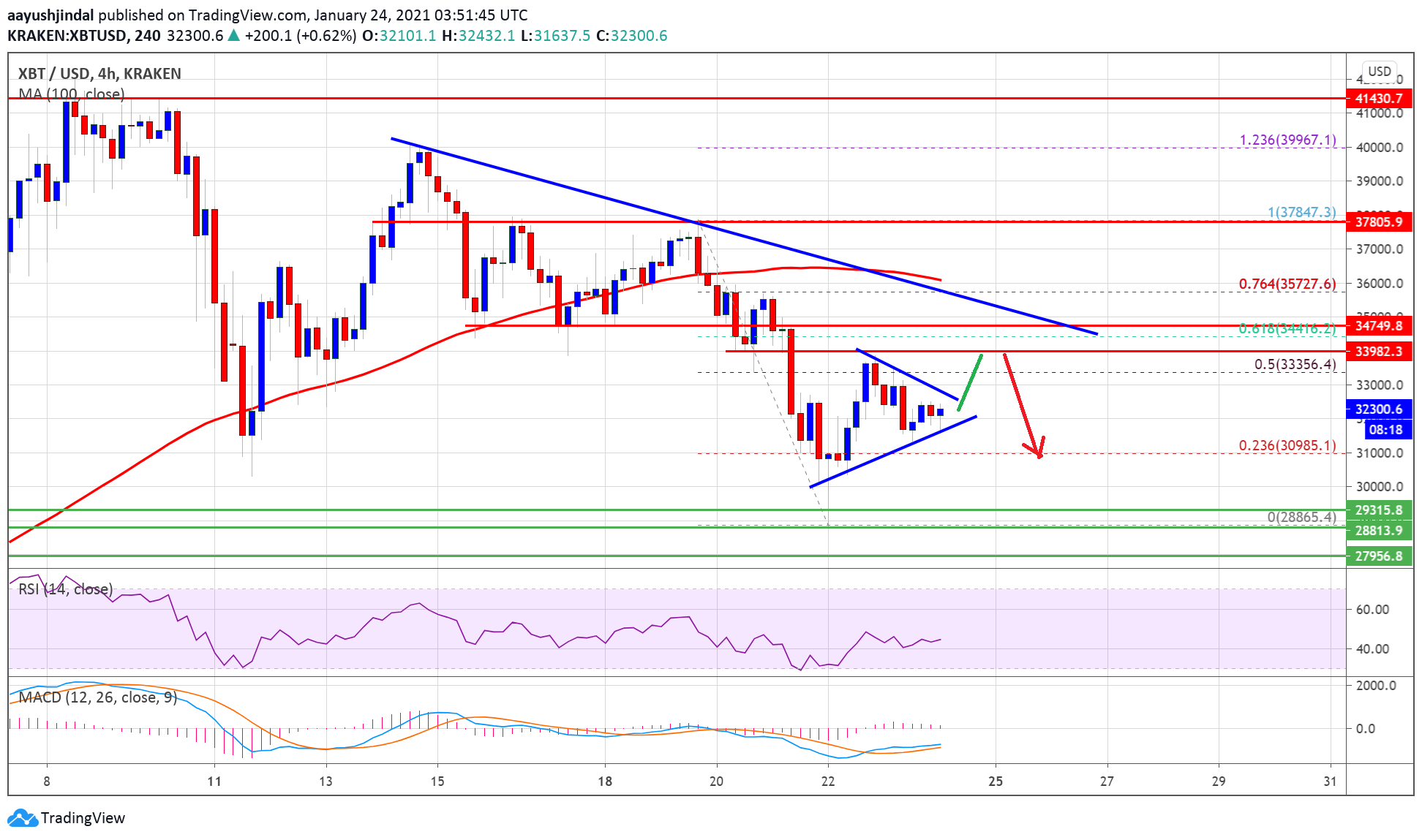 4 hours MACD – The MACD for BTC/USD is slowly gaining momentum in the bullish zone.

4 hours RSI (Relative Strength Index) – The RSI for BTC/USD is rising towards the 50 level.

Previous Buying Items and Services With Bitcoin: A Look at Crypto Asset Accepting Merchants in 2021
Next Aave and Chainlink hit new highs as Bitcoin price fights to hold $32K