DeFi Despite positive technological developments, the decentralized finance (DeFi) space is still rife with hacks and exploits. This much was made clear just recently, when $7 million was siphoned out of a cryptocurrency vault based on Ethereum. While many users have been adversely affected by this exploit, the unknown attack did make a move to return some of the funds.

The Hack of Protocol Value DeFi

On Saturday morning, Ethereum and DeFi analysts noticed that an extremely unusual transaction had taken place.

A user had withdrawn 80,000 ETH worth of flash loans from Aave, along with $116 million in flash loans from Uniswap, according to analysts. The user subsequently used that capital to manipulate the price of stablecoins on Curve to withdraw around $7 million from Value DeFi, a yield aggregator protocol. 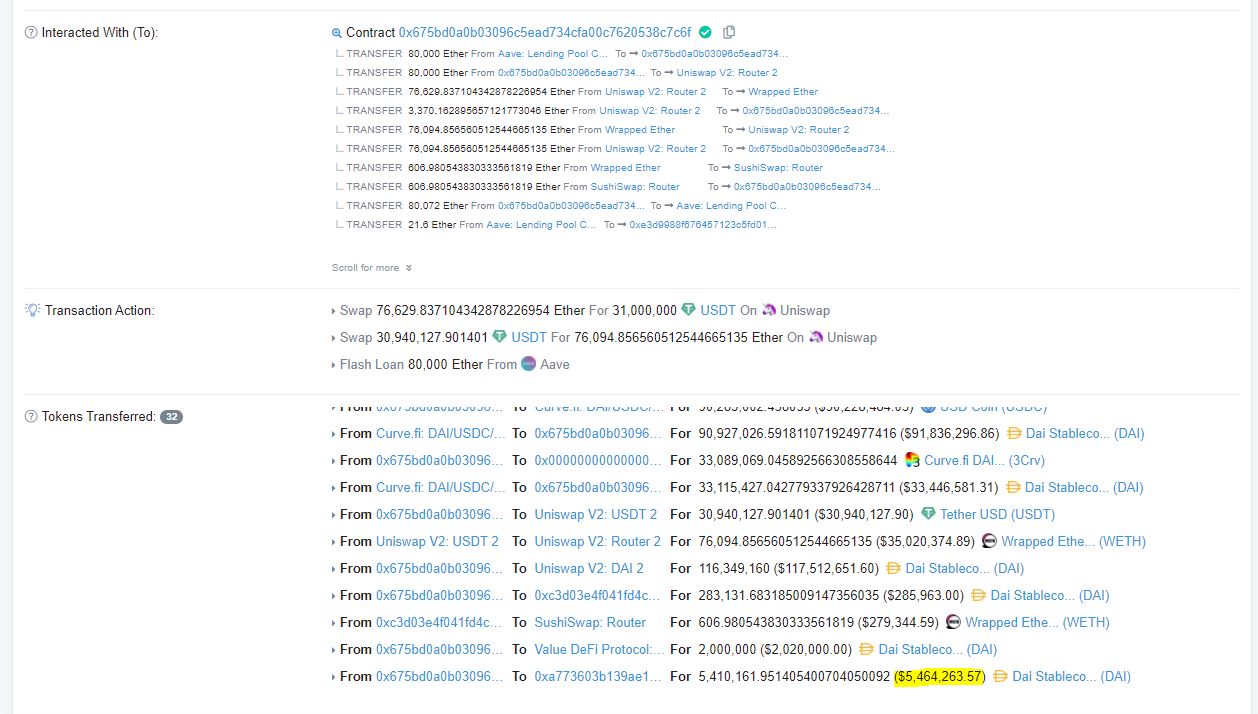 The issue is that the attacker is pseudonymous: they covered up their tracks to not tie their addresses or DeFi transactions to any centralized entity, meaning they could run off with the funds and do as they please.

Some have attempted to contact the attacker, by embedding messages into Ethereum transactions.

One supposed “nurse” claimed that they had put $100,000 worth of stablecoins into the protocol hoping to earn a yield, though lost a large chunk of that transaction.

Surprisingly, the DeFi attacker responded by donating $50,000 worth of stablecoins to the user.

There are some that doubt the story of the nurse, though they say that it is somewhat reassuring nonetheless that the attacker has a heart.

The attacker also returned $50,000 to a “19 years old freshman from UK”. The DeFi user wrote to the attacker:

“dear hacker, I am a 19 years old freshman from UK. I really learned this 200k worth of lesson and it is causing a huge problem within my family. My grandparents and my parents sent me their life saving for high yield return that I boasted about. If my family find this out, they might kill me. I will be grateful if you can send the fund back and I will return them to my family. God bless you.”

These stories cannot be verified.

Pizza Hut Now Accepts Bitcoin and Other Cryptocurrencies in Venezuela