Bitcoin has dropped slightly since the highs it set on Monday near $11,750. As of this article’s writing, the leading cryptocurrency changes hands for $11,400, a few percent shy of those highs.

While the cryptocurrency remains in a positive position on a daily and weekly scale, an analyst fears a stronger correction. He recently shared a key fractal analysis suggesting that the cryptocurrency could soon drop under $11,000, which has acted as a key support.

The fractal further predicts that Bitcoin will continue its descent.

A leading cryptocurrency analyst thinks that Bitcoin will slip under $10,000 in the near future as it faces a crucial rejection in the high-$11,000s.

He shared the charts below on October 13th, noting that BTC’s recent price action looks eerily similar to the high established in 2019. Both periods have three consecutive lower highs and similar market formations.

This fractal analysis predicts that if Bitcoin moves lower from here, it will likely mark the start of a steep correction, first to $10,500, then even lower. Should the fractal play out to a T, the leading cryptocurrency will trade towards the mid-$9,000s by December of this year.

While a controversial opinion, the tweet sharing this analysis performed really well, registering 500 likes and many positive responses. Another notable investor, Bob Loukas, said that he thinks the trader who shared this fractal has a “good chance [of] being right.” 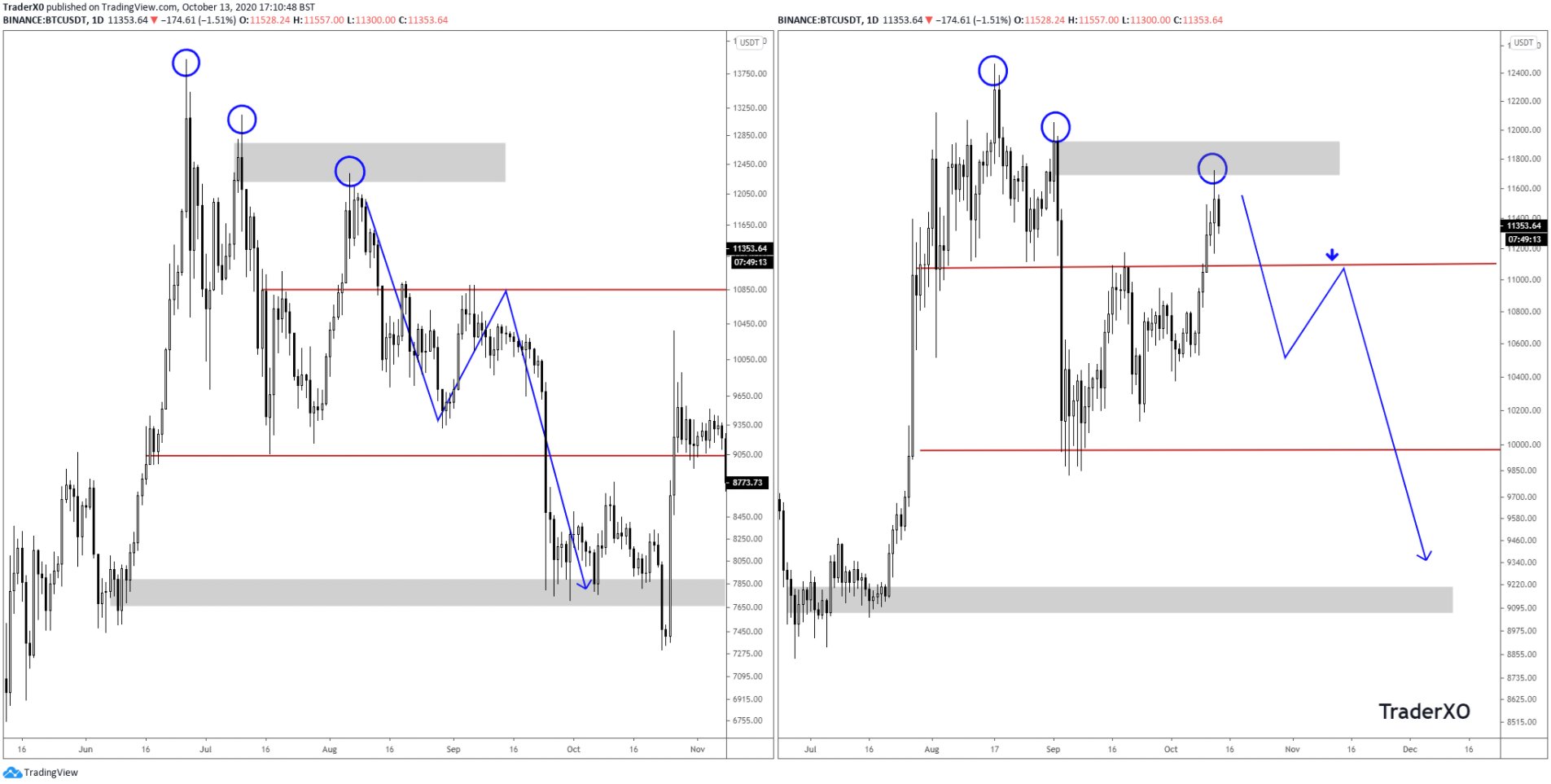 The fundamental trends do not agree with the sentiment put forth above.

Analysts say that the fact the U.S. is moving towards a secondary stimulus bill will drive down the value of the U.S. dollar, boosting Bitcoin as a result.

Discussion around the bill has continued as both sides of the aisle try to come to a conclusion about what the stimulus should include and how much it should cost.