Bitcoin remains buoyant, and is now approaching $11k for the third time despite repeated waves of uncertainty crashing over the crypto market.

Adding to the uncertainty, Ethereum founder Vitalik Buterin dropped another bombshell, claiming in a developer thread that the blockchain is currently “nearly unusable” for many types of apps, and that scaling solutions won’t be ready for several years. 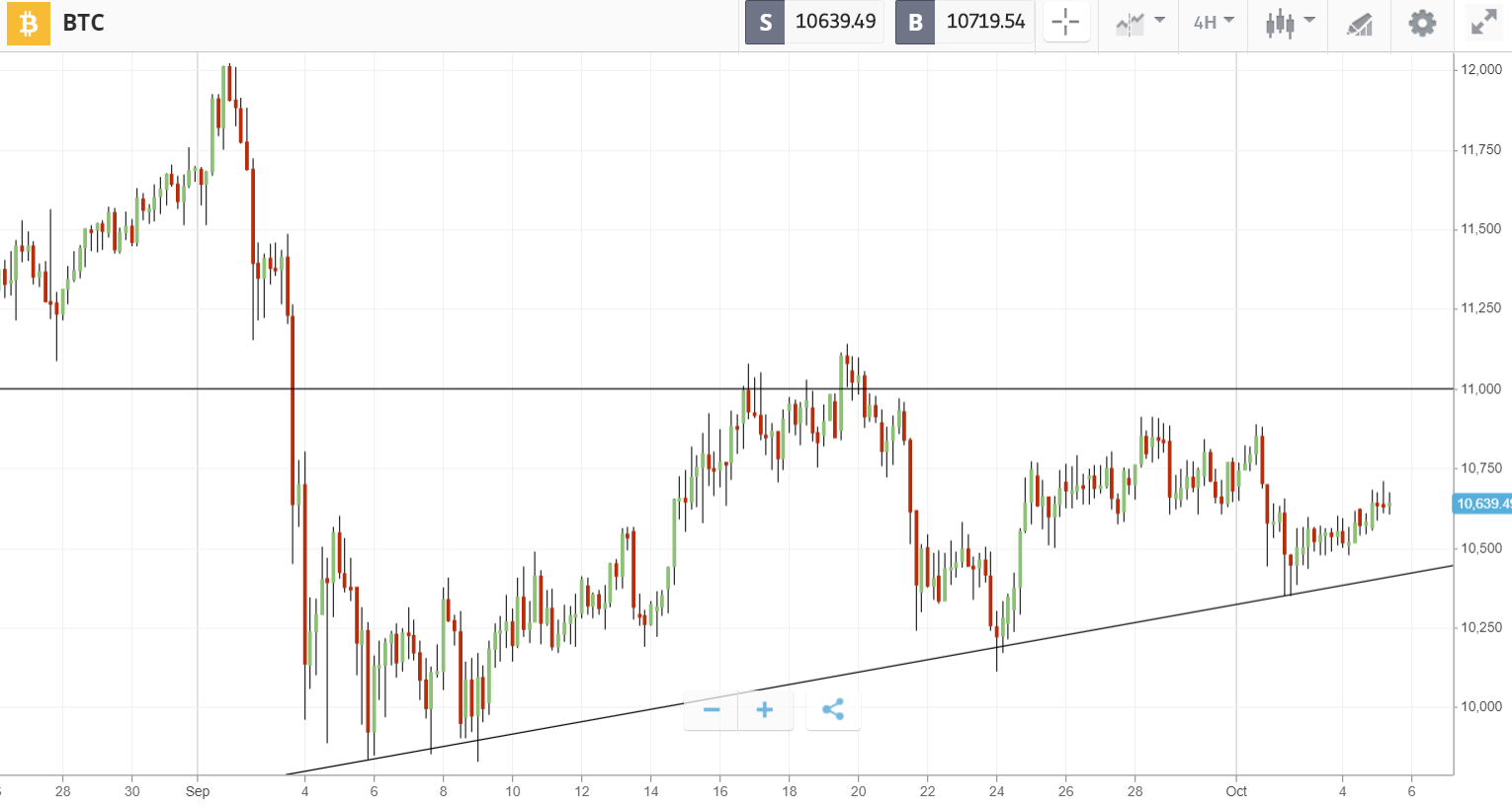 These events conspired against the market; sending Bitcoin on a brief detour to $10,300, before it bounced on Friday as Trump tested positive for Covid-19 following a fiery debate with presidential candidate Joe Biden.

eToro has launched a staking service for Cardano and Tron, becoming one of the first exchanges to support the staking of Cardano. This allows holders of supporting cryptocurrencies to earn as they HODL, without any of the hassle and complication of staking individually.

To get rewarded, users can simply buy and hold Cardano and Tron on eToro. They will then automatically receive more of the crypto asset each month, along with an email detailing the aggregated monthly yield and total reward given.

Traders have fled the BitMEX exchange as the founders face charges of wrong-doing from U.S. authorities.

Yet while BitMEX is under scrutiny, Binance Coin is feeling the benefit. The native token of the Binance Chain has increased more than 8% over the past week and is now rapidly approaching $30. This rally puts the coin back in the top five cryptocurrencies as measured by market cap.

Shielded transactions grant selective privacy to senders and recipients, but the feature is not supported by the majority of exchanges due to concerns over regulatory compliance.

As DeFi mania fades and the U.S. election comes into focus, we could see Bitcoin take center stage over the next few weeks.

The biggest factor influencing both cryptocurrency and global markets is likely to be President Donald Trump’s illness, which is now threatening to impact the presidential election. Experts give the president a 95% chance of survival, but the uncertainty around his illness could still create volatility.

Nevertheless, with a new record of 70 days above $10K, Bitcoin’s resilience in the face of turmoil bodes well for its ability to weather the coming storm.

Ethereum traded to a new all-time high at $2,646 before correcting lower against the US …